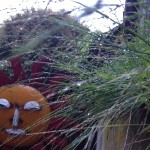 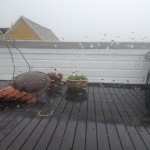 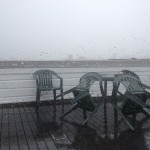 The best thing to do on a rainy day – and we just had lots of them, grey and beautiful – watch the raindrops or watch movies. Here is what I saw last week, mostly big American productions but the biggest of it all, CLOUD ATLAS, a German coproduction – to stay true to my mission.

LINCOLN: Spielberg had Leam Neeson as front runner for the part and I wonder what the result would have been. Daniel Day Lewis seems the perfect choice. You couldn’t get closer to the real man than this performance. Witty and agonizing, always concerned for others yet talking to himself and his own conscience we see an old man who is willing to have a whole generation of his country slaughtered in order to move history a step forward. The film should have been released before this year’s election to remind people of the difficulty of the democratic process and the cruelties of war, not much has changed since 1865. Well, Obama won without the support of LINCOLN, the democratic process seems to be working.

ARGO: I didn’t know much about this chapter of history which took place in the shadow of the Iran hostage crisis 1979. A well made thriller not always true to the real events – Hollywood seeped in there especially at the end – nevertheless I was fully captivated.

HITCHCOCK: Knowing him from so many of his films and from TV makes it hard to see Anthony Hopkins with round face and stuffed out suit to be the great master of suspense, but after a while you get into it. A curious mix of the “making of” Psycho, of a (famous) husband-(devoted) wife relationship with all the tension, and the master’s obsessions with his blond stars and with the killer in Psycho, it is a little bit like a Hitchcock film without the suspense. We know the outcome of all the story lines which made me look at my watch a few times. But mostly entertaining and engaging.

ANNA KARENINA: It is hard to come close to Greta Garbo as Anna, and Keira Knightley is far from it. Also miscast is Aaron Taylor-Johnson as Vronsky. Both seem too young, too foolish, not convincing of the love and the destruction that Tolstoy had in mind. I liked the monkish Jude Law as Karenin and the boisterous Oblonsky (Matthew Macfadyen). Director Joe Wright squeezed the many layered novel into the refines of a theatre, which is daring but does not really work. The first 20 minutes felt like a musical without the singing – I was hoping that the clerks in Oblonsky’s office would break out into songs. Then several scenes moved from inside the theatre to outside landscapes. Beautiful fields under misty sky and soft heaps of hay to rest in. And a toy train that becomes a real one covered with snow and ice steaming into Moscow station and eventually killing Anna. With so much moral and political conflict to digest and so many characters to follow the setting in a large theatre which, I suppose, should remind us of life being a stage and vice versa, diverts and distracts. Does it contribute to a deeper understanding of the novel. I’m not convinced.

CLOUD ATLAS: 3 hours of wasted time. Ruminations about mankind, its failures and how to save it through love and compassion sound so familiar. It has been done before, better, and shorter. If you like special effects, there is lots of it and if you want to see what make-up can do, then wait for the credits. The 5 or so main actors morph into faces you will not recognize. Great, but it did not save money. The costliest movie ever made and xFilme, Tom Tykwer’s production company in Berlin was part of it. Sorry to see that Tykwer is going that way. I loved his early films WINTERSCHLÄFER, TÖDLICHE MARIA, LOLA RENNT.