SPRING HAS ARRIVED with new German Films at SFIFF 56 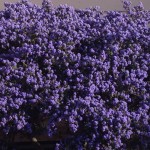 Check out the German language films (Austria’s MUSEUM HOURS and Switzerland’s ROSIE – included). I have not seen any of these films but heard from friends who went to the Berlinale that DAS MERKWÜRDIGE KÄTZCHEN / The Strange Little Cat was the best German film at the festival in 2013, it was shown in the Forum section. I’m very pleased to see that it made its way to San Francisco so fast, in previous years Berlinale films would have to wait for the next spring to be included in the SFIFF. Sorry to say that I will be in Japan and China during the festival, bad timing for a trip that was long overdue. But I hope to get your feed back.

Also a “Musikvideo der Woche” made by Milena (my daughter) during her Berlinale 13 visit. Jeans Team came to SF a few times over the past 10 or so years and some of you might remember — here “Berliner Schnauze” at its best: