AND THE OSCAR GOES TO… 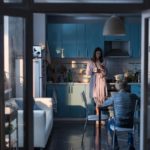 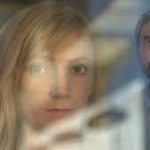 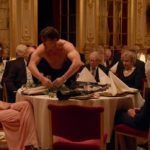 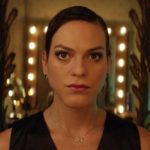 The five Oscar nominated foreign films are by veteran directors who dig deep into the social and political faultlines of their country but what they find at home feels eerily familiar anywhere. The films are depressing, shocking, touching, fascinating and certainly worth seeing, all of them.  Let me start with the bleakest one: LOVELESS from Russia. Following in the footsteps of LEVIATHAN (2014) director Andrey Zvyagintsev takes another scathing look at present day Russia, focusing on the separation of a married couple and their 12-year-old son. (The unloved son is a recurring theme in his films, most gripping in THE RETURN of 2003). In LOVELESS the unwanted and unloved son becomes an unwitting witness of his belligerent parents quarreling over the question where to dump him – perhaps at the equally disdainful grandmother – when they sell the home and move in with their lovers. The son runs away and for the second half of the film the camera follows a group of volunteers searching for the boy while the parents keep bitching at each other. In a Hollywood film parents faced with their missing child would at least try to unite while searching for the kid – not in this film. The volunteers comb through cold, grey apartment blocks, a dilapidated mansion, where his classmates would hide, snowy woods, hospitals and morgues with the mother in tow while the father has to take care of his demanding very pregnant next wife. They find beaten up, disfigured kids but not the son. A harsh, chilling portrait of a fractured relationship in a fractured society. Very different from Asghar Farhadi’s A SEPARATION, the complex, painful and fascinating Iranian drama where both parents fight for custody of their girl. The film won the Oscar in 2012. LOVELESS is not as complex and fascinating, it is relentlessly depressing and not my Oscar choice.

THE INSULT from Lebanon by Ziad Doueiri starts with a minor dispute that escalates into an explosive court case with national political implications. The story pits a contentious Lebanese Christian auto mechanic with a traumatic past against an older Palestinian Muslim suffering from the ever present insults against his people. Both sides get an impassioned defense in court, very level-headed perhaps to encourage the viewer to dig deeper into the problems of present day Lebanon. An intense drama with emotions flying too high in the first half of the film and solutions offered in the second half that seem too easily to digest.

ON BODY AND SOUL, the beguiling second film by Hungarian director Ildikó Enyedi that won the Golden Bear at the Berlinale in 2017 (Her debut feature MY 20th CENTURY won the Palme d’Or in Cannes, 1989), is a love story of two misfits, Endre and Maria. It unfolds both, in a dream-like magical inner world, captured by stunning fairy tale images of deer in snowy woods gently rubbing their heads, and the brute outer world of a slaughterhouse where heads are cut off. The dueling elements embodied in the title as well as in the  juxtaposition of dream and reality, life and death, silence and sound, mental and physical world, are woven into the story without untangling all of its implications, perhaps because the soul is hard to capture on film beyond poetic, dream-like images. The film follows the slow burning attraction between Maria and Endre, two lonely workers both handicapped – physically and mentally – who cannot connect in the real world of the abattoir only in their dreams. Over the course of almost two hours the journey of the lovers looses some of its bizarre eccentricity that in the first half is marked by hilarious side plots with a company psychiatrist analyzing the workers sex life.  The story ends on a light note, Maria and Endre have finally connected in the real world and have stopped  dreaming. And as if to remind the audience to stop dreaming as well the closing credits say, “Some animals were harmed during filming, but none of them for the sake of this film.” How will Americans react to that? Shocked, disgusted or amused – like me – by the tongue and cheek Hungarian humor? The film won’t get the Oscar but it is one of my favorites.

THE SQUARE from Sweden by Ruben Östlund, won the Palme d’Or in Cannes, 2017, a festival known for bestowing his highest prize on uncomfortable, challenging, provocative, unforgettable films and THE SQUARE fits all those categories. The film pierces through  every aspect of the art world, from museums and the cultural elite who fund them, to sex, money, taste, to immigrants exploited as artistic targets and the curators and advertising people who are always searching for ideas that will shake up the audience. The plot is full of shocking surprises, weird turns, incredible funny twists that can not be explained but must be seen – it kept me glued to the screen. Östlund’s previous film FORCE MAJEUR (2014), an astute and intense story,  seems easily to digest compared to THE SQUARE where sincerity, credibility, compassion and humanity have vanished and been replaced by hypocrisy, selfishness, vanity and exploitation. A devastating critique of the 21st century metropolis that has been compared to Michael Haneke’s cold exacting eye and Lars van Trier’s sadism – but Ruben Östlund adds humor and that makes the two and a half hours more tolerable. How often have Cannes and the Academy agreed on the same film? Michael Haneke’s WHITE RIBBON comes to mind – a stark portrait of a group of religious fanatics in North Germany around World War I. THE SQUARE however, is no historical drama, it is shock therapy for the Angelenos thus hardly to be the 1. choice for the academy but it is my Oscar winner.

A FANTASTIC WOMAN from Chile is Sebastián Lelio’s second film about a  strong woman (GLORIA, 2013) who fights for her own dignity, her respect and the right to be different. The film begins with a glimpse into the love life of a happy couple, Marina and Orlando who is about double her age. He suddenly dies and then her trouble begins. We find out that he has left wife and family for Marina, a trans woman whose mourning for her lost love is hindered at every turn by his family, by the institutions she has to deal with in order to assert her right as his companion and lover. A straight-forward story that focuses on the compassionate performance of Daniela Vega, herself a transgender woman whose portrait of Marina is at once defiant and noble, heartbreaking and somber. Now and then Lelio branches out into noir mysteries, reverie and surrealism and in those moments we catch glimpses of Marina’s mystery – we see her strain against a storm to the sound of baroque music, and in another imaginary scene at the crematorium a red-lit embrace of Orlando like engulfed by fire. How did she meet him? How did his family react when they first found out about the affair? I wish the film had started with the beginning and not with the end of the love story but, I believe, that the transgender topic and Daniela Vega’s powerful performance will assure the Oscar.