EFFIGY – Poison and the City 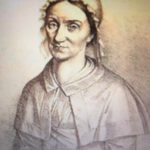 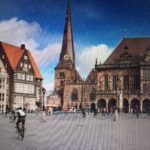 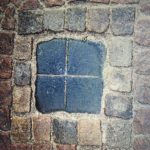 On April 21, 1831, the last public execution in Bremen took place on the Domhof in front of a huge crowd of 35,000 curious citizens. Gesche Gottfried, 46 years old, was beheaded for having poisoned 15 people close to her over a stretch of 15 years, including her children, parents, brother, husbands, lovers, neighbors and friends. A stone with a cross, in the pavement of the Domplatz, memorializes the spot of her beheading and legend has it that people still spit on it. Gesche Gottfried confessed to have fed her victims Mäusebutter, pig fat mixed with arsenic, easily available over the counter to kill mice. Why did she do it? A question that she never answered during her three years behind bars; a question that has puzzled those who knew her, as well as psychologists, historians, writers, and filmmakers who again and again have tried to make sense of her gruesome murders. Germany’s first female serial killer who had risen to a status reserved mostly for men, was also known as the “Angel of Bremen” because she took good care of her victims. She sat at their bedsides like a loving nurse, mother or daughter while they were in pain and dying. Was she looking for love? Fassbinder wrote “Bremer Freiheit” about Gesche Gottfried, a play turned into a TV drama. Did she, an intelligent, attractive and seductive women, simply live at the wrong time, as Fassbinder implied? Was killing the people around her, Gesche’s  tormented path to freedom? Secretly she had learned French and to play the piano, how many other secrets did she have? At 21 her father forced her to marry a well-to-do impotent alcoholic …her first victim.

At the 1998 Berlin & Beyond Film Festival GESCHES GIFT, a first feature by Walburg von Waldenfels was on the program. A powerful psychological thriller trying to get into the head of the serial killer. EFFIGY – POISON AND THE CITY (an underwhelming title), also Udo Flor’s debut feature, takes a different approach. Flor has added a second woman protagonist, a young law student who arrives in Bremen in 1828 from the University of Göttingen and narrates the events (in English). Cato Böhmer’s dream is to become a lawyer. However, she is barely accepted in Bremen as the apprentice to Senator Droste, who is in charge of the Gottfried case. Böhmer soon convinces the senator with her acumen and understanding that she is the right person for the case. A hint of attraction between the two women – both fighting a system that is set against them – touches those central scenes played convincingly by Suzan Anbeh (Gesche) and Elisa Theimann (Cato). Gesche, unpredictable, flirtatious and caring, opens up to Cato and eventually confesses to the murders. Unfortunately, much of the film is slow and quiet which seems to suck the suspense out of the story. Too many distracting side-plots with long-winded conversations  dominate the action which does not end with the execution, alas, but with red rain from the Sahara falling on Bremen. Closing the frame story, Cato Böhmer comes back from studying in the United States and tells us that she did not give up on the very male dominated world of law.