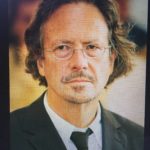 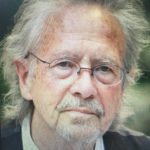 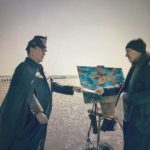 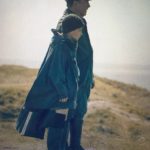 When Austrian writer Peter Handke was recently honored with the Nobel Prize for literature, it caused quite an uproar. His political views, not his writing immediately became the center of attention by journalist and fellow writers. During the Yugoslav war of the 1990s, Handke, who has Slovene roots on his maternal side, developed a strongly pro-Serbian stance, resulting in his 1996 book A Journey to the Rivers: Justice for Serbia, in which he painted Serbia as the true victim of the conflict. In 2006, he spoke at the funeral of the Serbian war criminal Slobodan Milošević, declaring: “I don’t know the truth. But I look. I listen. I feel. I remember. This is why I am here today, close to Yugoslavia, close to Serbia, close to Slobodan Milošević.” Speaking to Austrian media after the Nobel Prize was announced Handke said: “I’m standing at my garden gate and there are 50 journalists – and not from a single person who comes to me do I hear that they have read any of my works or know what I have written,” And he concluded that he will never speak to the media again.

The Nobel committee has made a troubling choice. I love some of Handke’s earlier works, his plays and scripts turned into unforgettable films by Wim Wenders. Kindergeschichte (1981) tells the father’s story of raising his young daughter after a divorce, Der kurze Brief zum langen Abschied (1972, the road story of a young man traveling across the United States in search of his estranged wife (reminiscent of Wim Wenders’s Alice in the Cities (1974)) Wunschloses Unglück (1972), a semi-autobiographical story about his mother who took her own life. No doubt Handke is a great writer although his later works did not make it into my top ten list. Does he deserve the Nobel Prize? That highest recognition should be given to writers who we admire whole-heartedly for their writings and if outrageous political views overshadow the writing the Nobel Prize is not the right choice. No.

The recently released film Deutschstunde  is another troubling choice. Why make another film based on Siegfried Lenz’s novel Deutschstunde (1968) that focuses on an overly authoritarian father who blindly follows orders given by the Nazis and forces family and friends to do the same. Michael Haneke’s The White Ribbon did all that with much more depth, horror, insight and beauty. The trouble with Deutschstunde is that filmmaker Christian Schwochow and his mother who wrote the script decided to stick to the novel which portrays the painter Emil Nolde as a Nazi victim. Extensive research on his life and work documented in a recent exhibition in Berlin has revealed that Nolde was not just a member of the Party but also an outspoken anti-semite, who tried to cozy up to the authorities which was not always successful – some of his paintings ended up at the degenerate art exhibition in Munich. But still Nolde made more money with his art than other German painters before, during and after the war. The film shows us a slice of Nazi drama in a small village by the north sea around Nolde’s home. Beautiful cinematography of seascapes are the backdrop for stylized images of discipline, submission, terror, confusion and pain. The images don’t go beyond that, they don’t dig into the past, the present or the future. Like Nolde’s beautiful paintings they remain on the surface. Christian Schwochow is a talented filmmaker and I had really hoped for a different Deutschstunde.