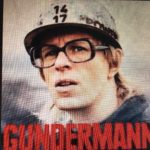 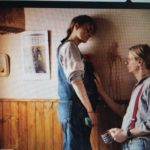 If you can see only one film at this year’s Berlin & Beyond Filmfestival (March 8-14) then  choose GUNDERMANN. Veteran filmmaker Andreas Dresen, a frequent guest at the festival  (HALBE TREPPE, SOMMER VORM BALKON, DIE POLIZISTIN, WOLKE 9, HALT AUF FREIER STRECKE) worked for 12 years on GUNDERMANN, longer than on any of the films he has made since 1990. Why? “Der singende Baggerfahrer aus der Lausitz” – the East German singer, poet and excavator driver whose songs gave a voice to the coal miners, was a convinced communist but also hardheaded critic, a Stasi collaborator but also its victim. Gerhard Gundermann makes for a good story, the film foundations in Germany agreed, but who the hell knows Gundermann? Nobody in the West, except Bob Dylan and Joan Baez who had him as opening act for a concert in 1994. Dresen did not give up.  After all, he countered, who the hell knows Toni Erdmann? At the premiere in Potsdam in November 2018 Dresen shared the stage with his star Alexander Scheer to present his favorite Gundi song: Alle, die gehen wollen, sollen gehen können/ Alle, die bleiben wollen, sollen bleiben können/ Alle, die kommen wollen, sollen kommen können. I had never heard of Gundermann. The film opened the door to a captivating singer and beautiful songs and to a chapter of the past seen here through a different lens, different from all the recent GDR films I have seen. Here the focus is on Gundermann in the seventies and nineties – the fall of the wall is not mentioned implying that Gundermann’s life had not really changed when the wall disappeared. He kept driving the excavator, he kept singing songs about the coal miners, about love, life and death. He wore the same clothes, the same super thin pony tail, only the frame of his glasses had changed,  He had married Conny, the love of his life, who at times shared the stage with him. The big difference however, was that the Stasi was gone in the nineties. The only thing left were huge stacks of Stasi files – of the victims and of the perpetrators. A thick file on Gundermann turned up documenting in detail his collaboration with the Stasi, the people he spied on, what he reported mostly trivial, intimate stuff. No files of him as a victim of the system ever showed up although he fought  the authorities, questioned the goals of the leadership, threw quotes of Marx and Engels at them, defended communism in its pure form. Dresen recreated Gundermann’s life truthfully, even swapping apartments between ex-husband and new lover happened the way it is shown on screen, says Conny who now lives in Prenzlauer Berg. Dresen grew up in the GDR and when he visited Berlin & Beyond with CLOUD 9 THE LIVES OF OTHERS had won an Oscar for best foreign film. He did not like the film. It did not show what really happened in the GDR, he said. It was a view from the West across the border, how the West Germans and the people in Hollywood imagined what was going on behind the wall. GUNDERMANN seems to be Dresen’s “Gegendarstellung”, his response: a nuanced, intimate portrait of a “Bürger der DDR” full of contradictions, honesty, compassion, anger, openness, quirkiness, wit and sensitivity – all of it powerfully performed by Alexander Scheer. Gundermann had to live in a world he did not fit in but loved. He died in 1998 at the age of 43. 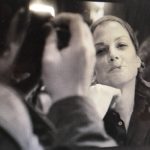 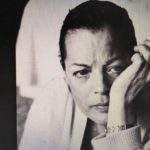 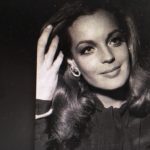 And if you have time for a second film I recommend 3 DAYS IN QUIBERON about Romy Schneider, who also died at 43. In 1981 a year before her tragic death she agreed to pose and talk about her life with journalists of Der Stern, at a spa hotel in Quiberon, Britanny. Filmmaker Emily Atef (DAS FREMDE IN MIR, MOLLY’S WAY) chose black and white to recreate the interview and the photographs starring Marie Bäumer whose uncanny resemblance with Schneider and convincing  performance anchor this portrait of a tortured actress. Schneider’s tremendous popularity never made it across the ocean, not as Sissi, the pure, sweet Austrian princess who made her a major screen celebrity at 17, and not later when she tried to break away from that role moving to France, where she chose ever more challenging roles and where affairs, marriages, and divorces, made her major fodder for the tabloids. Even those less familiar with Schneider as an outstanding actress will sympathetically respond to this portrayal of a troubled woman on the cusp of further tragedies (her teenage son was accidentally killed later that year, and she died of a heart attack not long after). The family of  Schneider has attacked the film  which they claim paints her as an alcoholic. Her daughter, who was 4 when Schneider died, insisted her mother went to the spa every year simply to recover and lose weight. Yet  Atef’s fictionalized recreations – not always truthful – create a portrait of Schneider’s inner struggles, self-doubts, evanescent moods and magnetic personality that she might have liked.