DIE WAND / THE WALL at B&B and MVFF 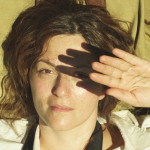 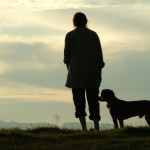 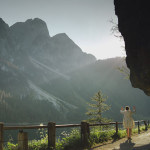 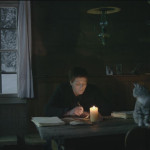 I hope it is not too late for you to check out this film at the Mill Valley Film Festival. The second and last screening is on Tuesday, Oct. 9 at 9.30pm at the Sequoia 1. A film I can recommend – after seeing it at the Berlin & Beyond Film Festival last weekend. THE WALL, based on Austrian writer Marlen Haushofer’s acclaimed novel from 1963 is about a woman trapped in the mountains and separated from all living beings by an invisible wall. I love the novel, read it a few times and couldn’t imagine a film to be made out of it. With one actress, one dog, a cat, a cow and the mountains. Yes, mountains can be a powerful backdrop and screenwriter/director Julian Roman Pösler and his cinematographer used them as exactly that, majestic, threatening, intense, beautiful. They act like a companion to the trapped woman, something she has to struggle and come to terms with, and much more unpredictable than the dog who became her close friend. In the end we think that the invisible wall is more a protection than a threat for her. The filmmaker decided to stay close to the text of the novel by illustrating passages from the book, journal entries read by the woman, with powerful images describing those passages. I wish Pösler had come up with more than just translating the text into images and adding Bach music to it, but thanks to Martina Gedeck’s (THE LIVES OF OTHERS) sensitive portray (and narration) of the trapped protagonist and thanks to the beautiful scenery and the dog and the cat, the film captures a lot of what Haushofer described. I hope you have a chance to see THE WALL. It has US distribution and might eventually come to a theater near you.