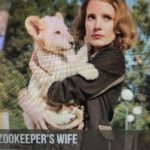 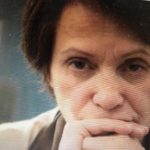 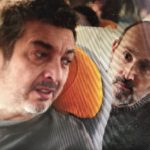 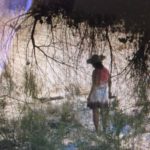 The few films I picked out of many I saw since spring arrived in full force to San Francisco have been shown in theaters or at SF’s 60th Film Festival. Let me start with the biggest production, THE ZOOKEEPER’S WIFE, that felt like SCHINDLER’S LIST with a zoo as hiding place for Jews instead of factories. Based on a true story of heroic acts by Jan and Antonina Zabinski, the zookeepers of the Warsaw zoo who helped hundreds of Jews escape the Warsaw Ghetto, the film rings true, said one of the survivors still alive in Canada. I wish however that the director Niki Caro had resisted the Hollywood touches, like the mating of the bisons or the boy shouting “Hitler kaput” and at the end a make-believe murder by the Nazi’s head zoologist. Jessica Chastain does not need the bright red lips in every scene or the stylish clothes and perfect hairdo, it makes her sensitive portrayal of Antonina touching but not burning into the heart. Certainly a wrenching story but told so beautifully that it turned into a handsome period drama that left no deep footprints on me.

TRUMAN, a much smaller production about friendship in the face of dying is a film I saw twice, not only because my Spanish is not good enough to not read subtitles but because there is so much going on between the two friends that you can easily miss at the first screening. This is not your typical end-of-life drama anchored in grief and suffering but a life affirming film full of wry humor, humane and canine love, as well as heart-affecting drama that never turns sentimental thanks to delicate directing and superb performances by Javier Cámara and Argentina’s great Ricardo Darin. It took two years to get this jewel from Europe to American theaters.

EVERYTHING ELSE, an Argentinian film portraying a woman’s disconnect with the world around her reminded me of Chantal Akerman’s Jeanne Dielman. Both, Dielman and Doña Flor, are stuck in their daily routines, Dielman unable to connect to her son, Flor seeing her cat pass away and dumping the left-over in a garbage can. But both make attempts to break out of their solitude – Dielman forcefully selling her body which leads to a dramatic ending, and Doña Flor takes timid steps at a swimming pool where she stares at women of all shapes and forms undress and shower until everything else is scrubbed off and being touched becomes a powerful and real experience for her. With a masterful, controlled performance by Adriana Barraza.

EL MAR LA MAR, a poetic journey of desperation and haunting beauty along the Mexican border in the Sonoran Desert is far removed from the commercial filmmaking I started with. This film (by the filmmakers of THE IRON MINISTRY) weaves together long photo-like shots of 16mm footage of the desert, disturbing off-camera interviews with people we never see, recitation of poetry from the 16th century and lots of black screen accompanied by an eerie sound track. It all captures movingly the unimaginable suffering of those who try to make it across the Mexican border.

More films I saw at the festival and that are worth mentioning: THE FUTURE PERFECT – evolved from a tedious beginning to an innovative way of telling a story. YOURSELF AND YOURS, another light hearted film about booze and breaking up by Hong Sang-soo, faux- French with a touch of Buñuel. HERMIA & HELENA tried too hard to include too much in what was announced as a take on A Midsummer Night’s Dream – more confusing than entertaining. DUET felt like an attempt to copy Asghar Farhadi’s powerful family dramas but it did not get under my skin. NEXT SKIN (filmed in the Pyreneés), GOD’S OWN COUNTRY (filmed in the Yorkshire hills) and THE CHALLENGE (filmed in the deserts of Qatar) are worth mentioning because of the beautiful country side being important players in these films – just as in the powerful short THE RABBIT HUNT (taking place in the Florida’s South) which is still haunting me.

If the festival had managed to give me an accreditation (I applied late and never got a reply) then I might have seen many more good films. Next time.