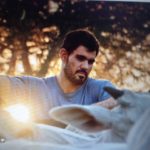 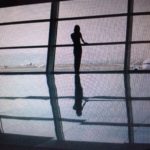 The festival took place in my neighborhood – all theaters in walking distance and I admit, with that easy access I should have gone to many more films, should have applied for an industry pass and not paid the $14 per senior ticket. It adds up, and some of the films I saw will soon, or have already, come to a theater where I can see them for nearly half the price. But it was fun walking up and down Mission Street seeing smartly dressed people and almost always get a ticket (online with no extra charge! or at the door). I hope the festival will return to the Mission — my thumbs are up!

The films I picked for comments (I saw a few more) are all worth seeing, even if some won’t get my highest marks. I will follow the photos above. WILD was the only one on the program all in German directed by Nicolette Krebitz, who is better known as acclaimed actress. She came to Berlin & Beyond about ten years ago with her first feature JEANS and what I remember most vividly was the after screening gathering at Twin Peaks where Nicolette asked everybody at the table to perform something – a song, a poem, a sketch. We hesitated, but after a few drinks followed her orders and had an hilarious evening. She was born to direct and WILD is a testimony that. The film portrays a sexually frustrated, disturbed young woman who turns toward nature and finds in her urban environment a wolf that gives her what she is looking for. It becomes a messy, bloody affair — at times compelling, especially when the subplots with ill grandfather and nasty boss fade away. A new take on Rotkäppchen (Little Red Riding Hood), however, not to be recommended for my little granddaughter. NEON BULL, another intimate portrait of man and beast, explores the erotically charged life of a small group of cowhands (including a young girl), traveling with their bulls to rodeos in Brazil’s northeast. Unforgettable images drifting between gender-bending characters and the animals string together a tapestry that might pass for a story, but the focus of the film is on the visuals and their subtext — beautiful long shots capture entire scenes without moving into close-ups. PETER AND THE FARM belongs to that group of man and beast. It reminded me of my life between wheat fields, cows and pigs on a small farm in North-Germany that had been in our family for hundreds of years. Here it is the beautiful rolling  hills of Vermont. Peter tells his story — moving through 35 years that began in paradise with wife and children and friends but descended into loneliness, alcoholism and depression. He likes to talk, only occasionally interrupted by questions from the filmmaker or by showing his art and reading his poetry. He can not live without his land and his animals (like my father) although Peter can’t work the land by himself anymore,  barely slaughter a sheep — it takes two bullets to splash its brain. He plays with the idea of suicide and keeps inviting the filmmaker to document his end. A sad story of a cantankerous, rueful farmer who, for me, was not charismatic enough to keep me glued to the screen. The next three films on the list — THIRST, MOUNTAIN and THE SUMMER OF FROZEN FOUNTAINS — all have location as a leading character. MOUNTAIN takes place at the vast Jewish cemetery on Mount of Olives in Jerusalem.  A well-known story — frustrated housewife struggles with her husband’s lack of interest in her — here with unexpected twists and turns. It’s an Orthodox Jewish couple living among the dead, the only place the wife can escape to from cleaning and cooking in her claustrophobic house. Walking a fine line between the predictable and the most unexpected the filmmaker has created a beautiful first feature graced with that amazing locale and a remarkable lead performance. THIRST, another impressive first feature takes place in a beautiful mountainous area of Bulgaria where water is scarce and urgently needed for a family of three that barely survives by doing the laundry for the hotels in the valley. When a well driller arrives with his teenage water diviner daughter love enters the scene and emotions are reshuffled. The dramatic ending seems to say that five people together won’t work – one has to go. Well, good endings are hard to come by — see MOUNTAIN’s open twisted ending. THE SUMMER takes place in Tbilisi, Georgia, a city that, in contrast to the Georgian mountains, was never on my A list. This film of intertwining love stories, culminating for me in the romantic first love between two teenagers and the touching last love between an elderly man and a cute kitten, have moved Tbilisi up on my travel list. MORRIS FROM AMERICA is the coming of age story of a black teenager transplanted with his father to – of all places – Heidelberg. It didn’t really ring true to me. Would the Germans hire a black soccer coach from America? May be. Would a black teenager who looks much younger than his German classmates and is dreaming of becoming an American rapper be invited to the inner circle of the most attractive blond girl in his class? What’s her interest in him? The exotic – the erotic? She has a handsome blond boyfriend and, sure enough, will soon drop her black friend like a hot potato. And the pretty blond German teacher –  what was her role? Not to teach him German – they hardly spoke it. Good performances, lots of good rap music and lots of teenage American humor that, I hope, will fare well when the film opens in Germany. SALERO in another stunning locale, a vast saltlake in Bolivia, focuses on one of the saleros who, like his forefathers, has shoveled salt from early on and loves the work. The arrival of lithium mining has changed everybody’s life — for the better or worse? A few other questions regarding environmental impact and the life of the family were left open. Years ago I saw a film called the SALTMEN OF TIBET by a Swiss woman who worked for years to be allowed, as a woman, to accompany one of the last treks of the saltmen to a far away salt lake. A compelling film that has stayed with me because of the vivid portrayal of the saltmen and their arduous trek – something this film did not quite succeed in.