WINNERS AND LOSERS at the Golden Globes 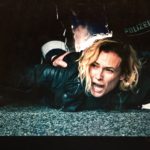 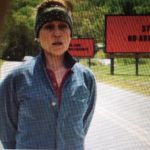 IN THE FADE / Aus dem Nichts,  the great German director Fatih Akin’s less great film just won the Golden Globe Award. (It will open on January 12 in San Francisco.) Wondering if I might have missed something at the first viewing I watched it again and felt  that Diane Kruger’s performance had not lost any of its power but the story, especially the last act, had became more problematic.  Akin builds the plot around the NSU murder- trial in Munich where a number of young terrorists belonging to that extreme-right group and were acquitted of murder. The film starts with a bomb explosion in Berlin and then follows Katja, the woman who lost her husband and young son in the attack by neo-Nazis. During the trial in act two we find out more about the young couple that planted the bomb, but the focus remains on the victim, her anger when she is confronted with the perpetrators, her outrage when she hears the acquittal. The judge made the right decision, said a lawyer friend, there was not enough prove beyond a reasonable doubt. In the third act we follow Katja to Greece where she confronts the perpetrators and their accomplices and decides to build and explode the same kind of bomb that killed her husband and son. Is this a thriller with a jolt of political relevance? Or a psychogram of a terrorist victim?  The credits show numbers of murders committed by the neo-Nazis and the NSU and I wish Akin had given more political  context,  more political weight to the attack, the loss, and trial. When justice is taken into the victim’s own hands the plot derails into little more than suspense that keeps the audience glued to the screen for another fifteen minutes or so without reaching a convincing conclusion. The ending reminded me of THREE BILLBOARDS OUTSIDE EBBING MISSOURI, nothing but a revenge story with Francis McDormand dominating the screen just like Diane Kruger, and not better. It won several Golden Globes – very disappointing.

The winner of the evening was Oprah Winfrey with her inspirational speech about changing the world to a better place where significant woman – many of whom sitting in the audience, she said – and some pretty phenomenal men fighting hard to make sure that they become the leaders who take us to the time when nobody ever has to say again “me too.”  The rousing address received an immediate sobering response from Nathalie Portman who announced the five nominees for Best Director and added loud and clear – they are all male.